Our product is the software that makes the link between the robot and the user (the person wearing the googleVR). this software includes a set of functionalities: First of all it makes the connexion between the phone and the robot (what we call in computer science the client and the server). Then the user can explore the space in which the robot is in by moving his head in whichever direction he wants. this kind of motion will create a request that will be sent to the robot and make the camera move in the same direction as the user’s head.

In order to work correctly, this software have to be run with google Chrome or android because of the technologies that it uses such as webRTC that is not compatible with any other technologies aside from these two.

We chose our project and got the needed material from fablab ( cameras and the googleVR).

Finally we run the software that worked perfectly.

added a code that allows the program to run on our mobile phone. 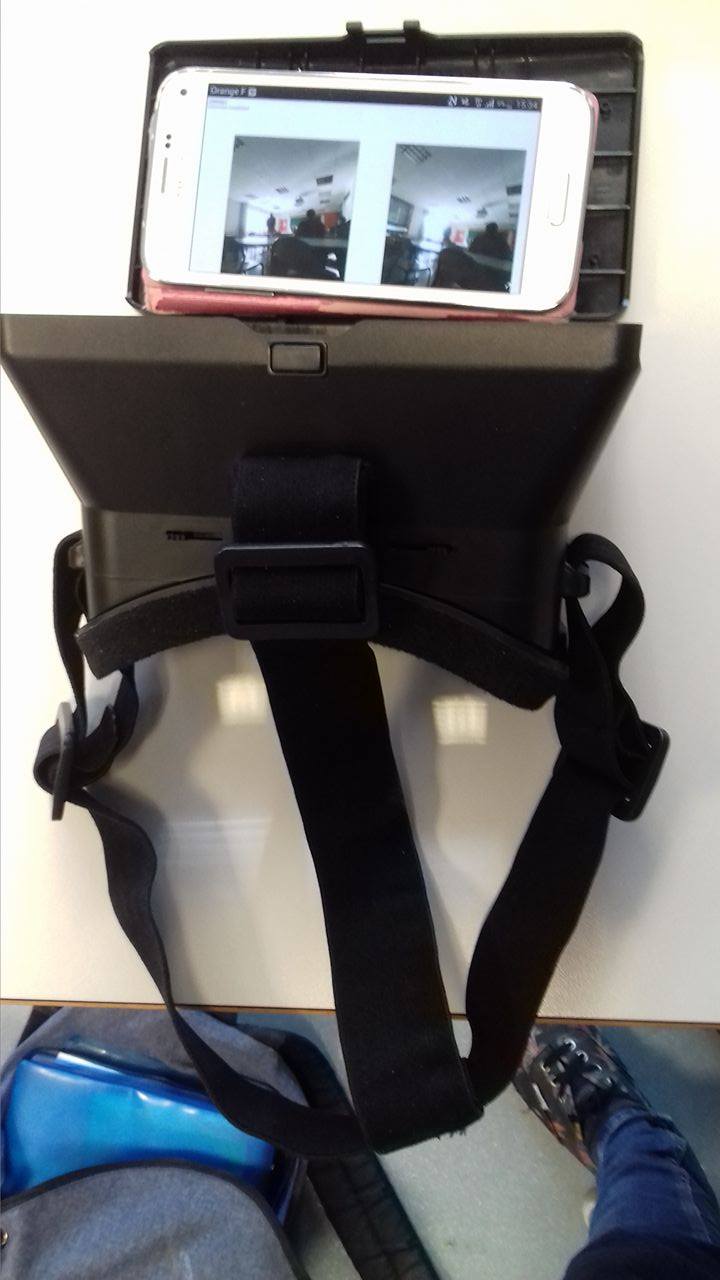 tried to simplify our architecture and use only one computer to run the client and server on the same computer. We sson realised that with http we won't be able to achieve our goal because of security matters => searching how to convert http to https.

we went to fablab to get our material's scheme in order to print it out again. and also get some advise and help for the https conversion