The goal of the project is to allow deaf people to communicate over the Internet with persons who don't understand sign language. The program should be able to understand sign langage in order to obey to orders given. Then orders should be displayed under literal form and transformed into vocal signal thanks to a speech synthesis technology.

The program should also be able to learn new hand movements to increase its database to recognize more ideas.

State of the Art

Recognition of particular hand movements which mean ideas, and the traduction in spanish (OpenCV) 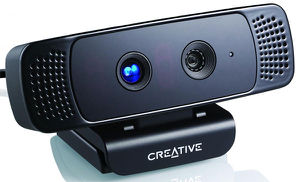 We will use a special kind of camera, the Intel-Creative camera with Intel® Perceptual Computing SDK

This camera is also a remote controller for the computer. You put it in front of people.

The Creative is provided of depth recognition, which enable developer to do the difference between shots. This camera films at around 30 fps in 720p.

Intel provides also a SDK for developers : SDK. Some of the libraries will help for hand and fingers tracking and facial recognition.

Advantages : We can use any camera for hand recognition. Camera in every laptops should be fine. Then, users don't need to buy an Intel Creative camera to use our program.

Disadvantages : A first problem can be detected : the speed of picture processing. Shape recognition as hand contour is slower than with Intel technology (with depth sensor). A second matter can be observed : hand position. If you want your hand be recognized, it must not be over user face. Hands and face have then same skin color so contours are not really detected. To have a good detection, the hand must be next to the face, in front of another coloured background. Constraints are too heavy to use this technology. We stay on Intel technology. 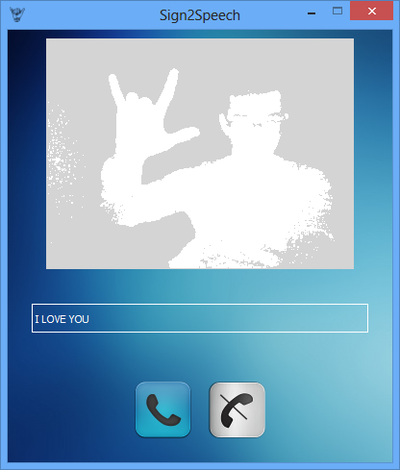